Can I Get Limb Lengthening Surgery Two or Three Times? 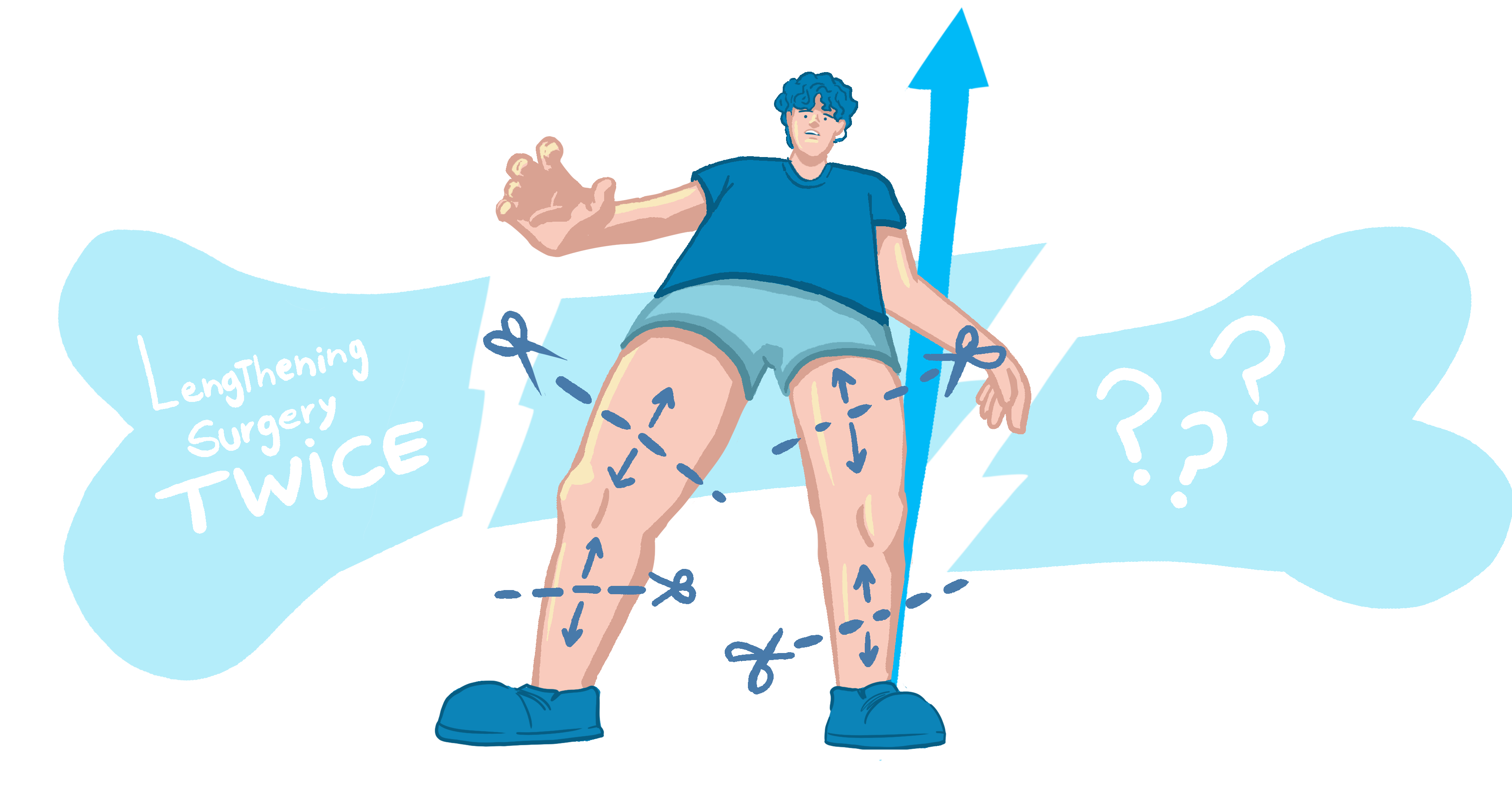 Are you worried you might not be satisfied with your height after just one limb lengthening surgery? Many patients feel one surgery won’t resolve their anxiety over their height as they’ll still be too short to be satisfied.

These patients might ask themselves, “Can I get limb lengthening surgery twice or three times?” The answer is yes, but the costs and risks increase exponentially with each subsequent surgery so it’s not always that easy. Consider the following information if you’re wanting to get multiple height increasing surgeries…

Getting Limb Lengthening Surgery Twice is Possible and Common

Usually, when patients get a second leg lengthening surgery, they get femur surgery first. If they’re not satisfied with their height or proportions, they can then bring up tibia surgery.

While only a maximum of 8 cm (about 3 inches) of height gain is possible with one surgery,[1] this can extend up to 13 cm (about 5 inches) with a second one.[2] Surgeons usually perform these two surgeries at least a year apart.

If time is limited, another option is to get quadrilateral limb lengthening, where the tibia and the femur are elongated simultaneously. In this case, surgeons carry out this procedure in two sessions. Surgeons recommend operating on the tibias first to give them a head start in healing. The femur surgery occurs three weeks later, so the body has time to recuperate from the first procedure.[2]

It’s important to consider everything from costs, recovery time, and risk of complications when debating or preparing for multiple surgeries. Many people opt for one surgery at first once they realize multiple surgeries are far more intensive in every aspect, but the choice is ultimately up to the individual. Consider the following if you want to lengthen both tibias and femurs or just one segment lengthened twice…

Logically, the cost of surgery will nearly double. At the Paley Institute:

Tibia recovery takes almost twice as long as the femur, and for each centimeter of length gained in the femur, recovery takes one month. In contrast, 1 cm of height gain requires 1.5-2 months of recovery for the tibias.[3]

If they’re getting Precice 2.2 surgery and not STRYDE, they also won’t be able to walk unassisted until their legs have fully healed (unless the patient weight less than 150 pounds)

While doing the two surgeries a year apart carries the general risk of muscle stiffness, the tightness is even more with quadrilateral lengthening. All the posterior leg muscles stretch together and this affects muscles in the back.

Below are some general risks associated with getting the surgery twice, but this is not a comprehensive list:

How Can I Get the Best Results?

The best way to prevent these conditions is to follow an intensive stretching routine under medical supervision at least two weeks before the surgery and keep up with regular stretches, exercises, and physical therapy afterward.

Patients should also make sure they go to a physical therapist recommended by their surgeon, as most therapists won’t have experience working with leg lengthening patients.

If patients believe they need to gain more than 5 inches of height, they may consider a third leg lengthening surgery. Here, both the femur and the tibia extend up to 4 cm with quadrilateral lengthening. A year or more later, a third procedure elongates both femur and the tibia by 4 cm again, leading to a maximum height gain of 16 cm (6.3 inches).[2]

Some even say patients can gain more height than this, but top surgeons agree that 6.3 inches is generally the most an individual can safely lengthen.

The cost for triple leg lengthening will be much higher. At the Paley Institute, this procedure costs $280,000, including physiotherapy and rod removal.[2] Add to this the increased accommodation and recovery costs, and it becomes quite the exorbitantly priced procedure indeed.

Besides, the risk of complications is also higher since the bones have already been broken once, and the muscles must stretch more than ever. Physical therapy is of paramount importance to prevent long-term effects.

Patients can lengthen one leg at a time (unilateral), both legs at a time in one segment (bilateral), or even both legs in both segments (quadrilateral) as discussed above.

Below we’ll discuss bilateral and unilateral options and some things to consider.

The typical tibia to femur ratio is 0.80. with a standard deviation of 0.02. This means that any ratio from 0.78 to 0.82 is considered normal.[5] Though this ratio doesn’t play a significant role in attractiveness unless it is  far out of the norm. [6]

Very few people get unilateral lengthening for cosmetic purposes, but it is common for trauma and congenital cases.[7] Typically, this method involves inserting pins and wires into the muscles overlying the bones and attached to screws on a fixation device. The patient turns screws or uses a controller to lengthen the bone, generally to correct leg length discrepancies.

Make sure to research and choose a qualified and reputable surgeon if you’re planning to have multiple lengthening surgeries, and always follow the doctor’s word. Consider your finances carefully and provided you keep up a positive mindset throughout, you should be enjoying your new height sooner than later.