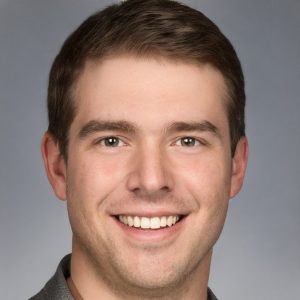 Before Josh, the site creator underwent leg lengthening surgery, he was a well-adjusted, happy, fulfilled, successful, and socially integrated member of society.

Yet, there was just one thing that bugged him: his short height or stature.

Josh put himself out there by socializing and engaging with the world, but he faced constant psychological distress because he was frequently reminded that he only stood at 5’4 (165cm). Or, in other words, 5 inches shorter than the males in his region and just the same height as most women.

Sure, Josh had no control over his height, but he had constant thoughts about how his height was detrimental to his professional and romantic life. He would always think, “I’ll never get my dream job because my peers take me seriously. When will I be respected?”.

The Moment Everything Changed

Well, just as Josh was on his last ounce of hope, he discovered an innovative and relatively new surgery to make him taller. He couldn’t believe what he was reading, and he could get 4-6 inches taller in 1-2 years?!

Yet, he was still uneasy about having a voluntary limb lengthening surgery just to gain a few inches.

Josh sought out therapy, wore heel lifts, exercised, meditated, and worked to accept himself to avoid stature lengthening surgery. After two years of holistic inner healing, Josh learned to love himself more but couldn’t get past the quantifiable aspects holding him back professionally. He gave it his all but was still facing psychological turmoil and height dysphoria.

Josh decided to take matters into his own hands. In the following months, he researched online for hours at a time. Josh never jumps into new territory without doing his due diligence, so he studied about the best doctors, methods, risks, how painful it was, and the quickest ways to recover so he could decide if it was worthwhile.

After he found the best doctor in the world and allocated time off, he underwent cosmetic limb lengthening surgery, and the rest is history.

Josh was one of Dr. Paley’s superstar patients. He rigorously participated in physical therapy for 4-5 hours and walked several times a day to make sure he could reach his lengthening goals.

In the end, it was all worth it, and Josh’s life permanently changed. But, he wasted so much time researching over those two years and still lives with the small regret of knowing he could have had height-increasing surgery to end the heightism (height-hating) and cured his height dysphoria even sooner.

Therefore, Josh created this site as a comprehensive and free resource in hopes that it will save someone’s precious time—the one thing we can truly never get back—for anyone who is in “decision mode,” for anyone who wants the added inches but isn’t sure if the costs, time, and sacrifice are worth it in the end.

At the end of the day, this is your life, your destiny, and your choice.

If you’re debating having the lengthening is right for you, we suggest starting with our surgery article and going from there.

As always, feel free to reach out to us if you ever have any questions.