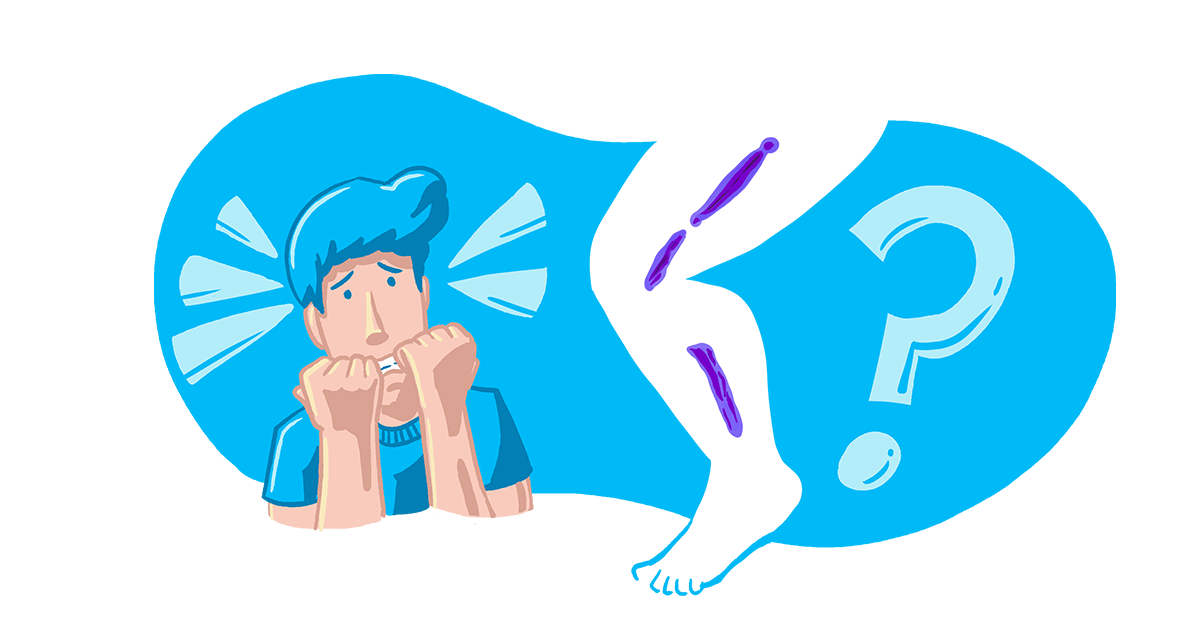 When considering leg lengthening surgery, people are usually curious about the healing process and subsequent scars.

When undertaking limb lengthening surgery, it’s impossible to avoid scarring. After all, numerous incisions are required for the procedure. The level of scarring will be kept at a minimum if the wound is kept clean, free from infection, and the doctor’s orders are followed.

Depending on who’s judging, the scars aren’t any worse than any other surgical scars, and of course, there are a few factors that can lessen the scars, but we’ll get to that below.

For external fixation devices, the scarring isn’t worse per se, but there could be more scars overall when compared to internal leg-lengthening rods. Whether or not the patient opts for internal or external fixators usually depends on their budget and the surgeon’s recommendation.

The reason for more scars is that external methods employ wires and pins held in place by a circular frame, each of those contact points will result in scarring.

The external fixators require more incisions and more effort to keep any pin site clean, but the scars themselves should not be worse in appearance than scars from internal fixation devices such as STRYDE or PRECICE.

What can I Expect Leg Lengthening Scars to Look Like?

At first, scars from limb lengthening are generally flat or raised with hues that vary from red-pink-purple. The majority of patients develop hypertrophic and keloid scarring, which can look off-putting at first, but they get better over time (check out the video below that shows the scars after 7+ years).

Luckily scars can be removed or lessened through various methods. Still, it’s important to remember that some people with abnormal scarring may face psychological, emotional, and social consequences linked to substantial financial and emotional costs[2].

Yet, anecdotal reports in the limb lengthening community suggest that very few people face these issues in relation to their scars. In reality, most people are unaware that cosmetic limb lengthening exists, and when they see such scars, they may assume they are from knee surgery, a brutal dog attack, or getting caught on barbed wire.

Do Scars From Height Surgery Fade Over Time?

Scars will not vanish overnight, but generally, they will become less noticeable over months and years. The rate at which a scar fades depends mostly on the individual and the scar treatment they follow.

Studies show large differences in the types of scarring formed on the same person who obtains two similar injuries in different but similar locations[2]! This shows us how unique each scar is and that predictions on the type of scarring formed after a certain injury won’t always hold true.

Does My Skin Pigmentation Influence My Scar’s Fading?

People with more pigmented skin are prone to more prominent scars than those with lighter skin tone. Please check out the video above to see how post-surgical scars may look on a darker individual if this is a concern.

Even though scars are permanent, various strategies help impede their development and aid the fading over time. Some treatments include silicone, corticosteroids, and something as simple as keeping the scars out of excessive direct sunlight (or using sunscreen if needed)[3].

Since height increasing surgery only requires a few small incisions in most cases, patients are most likely going to deal with hypertrophic and keloid scars. For these specific types of scars, there are some overlapping characteristics and treatments which could help reduce its appearance[4].

Silicone is one of the most famous proven ingredients used to treat scars, so it should come as no surprise that silicone gel sheeting (SGS) is commonly used as an occlusive dressing to impede the development of excessive scar formation. The SGS retains moisture, which prevents the wound’s dehydration, which limits the activation of scar formation processes.

It is important to note that the efficacy of SGS is more effective at impeding the scar formation process rather than treating the scar after it has formed.

Laser-assisted drug delivery, or LADD, is a technology used to increase the bioavailability of topical scar therapies, which means it increases the effectiveness of such treatments. One such example would be the use of a keloid-treating agent such as corticosteroids. The laser causes micro ablation zones into the skin, which allows the topical agent to reach the dermis. It’s worth noting that topical creams such as Mederma scar creams are uniquely formulated to penetrate the skin without needing such treatment.

Over time, surgeons have developed and learned superior methods and techniques for wound closing. Thus, the doctor’s level of expertise performing the surgery has a big impact on the potential scarring that follows. As a last resort, scar revision by a plastic surgeon may be considered, but most patients do not require such measures.

In closing, scars from leg lengthening surgery will be noticeable at first, but they will fade over time. This fading process is dependent on the individual and the treatment methods used to care for the scars.